Warning: "continue" targeting switch is equivalent to "break". Did you mean to use "continue 2"? in /nfs/c02/h05/mnt/39593/domains/familyinterruptedproject.com/html/wp-content/plugins/jetpack/jetpack.php on line 246
 FINISHED! | Family Interrupted Project

We wrapped up installation on the 23rd of May. Just over a month and a half’s time. Its hard to believe its all over, but the project site lives on at http://www.familyinterruptedproject.com. There will be a couple major updates and additions to the site right off the bat, along with any major project news, and the announcement of the dedication set for early fall. We have a number of mailboxes still in place, and we are relying on the good graces of the host sites to keep them for as long as they are willing. The largest QR code on the mural leads you to the “Share your Story” part of the site. Im excited to see the contributions it yields.

A colossal amount of thanks to my assistants Briana Dawkins, Salaam Smith, Diana Gonzalez, Katie Lillard, Tjai, Abdullah, Koran Morris, Anthony Peel, Latasha Billington, and the men of my mural class at SCI Graterford. Additionally, a huge thank you to all of the volunteers, and families, that reached out, sharing their stories, pictures, writing, and time. Many people opened their homes to me, brought their children to our peer groups, and welcomed additional interviews and meetings. Im forever humbled by their strength and willingness to be heard. 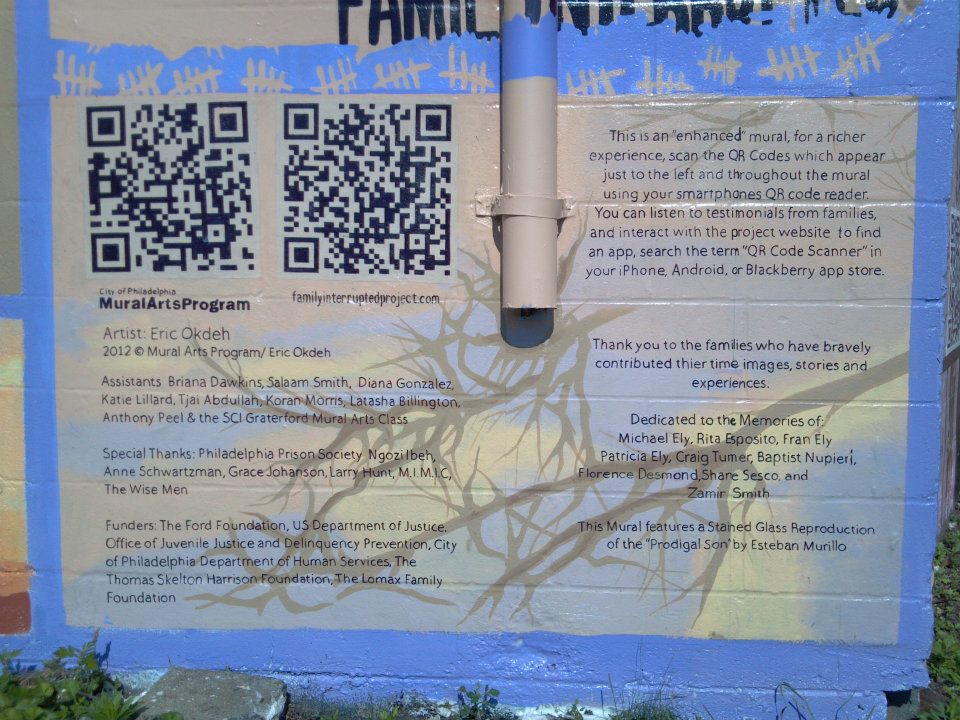 Click the Thumbs for a better view. All photos by Michael Reali